Proteus mirabilis is commonly the causative agent of complicated urinary tract infections (UTIs), UTIs associated with components that compromises the urinary tract or host defense, especially in individuals with functional or structural abnormalities or with long-term catheterization for patients whose bladders will not empty fully or empty at inappropriate times. This bacterium is frequently found in soil and water, and is also part of the normal bacterial community residing in the human gastrointestinal tract.

P. mirabilis causes symptomatic infections of the urinary tract by either ascending from the gastrointestinal tract or by person-to-person transmission usually in healthcare settings.

Individuals with P. mirabilis infection may present with urethritis, cystitis, prostatitis, or pyelonephritis. A history of frequent renal stones can be an indication of chronic P. mirabilis infection. Symptoms of urethritis include painful urination, urine containing white blood cells, and increased frequency of urination. In males, symptoms are usually mild and could include urethral discharge. The symptoms of cystitis are more prominent than urethritis. They include painful urination, increased frequency and urgency of urination, small volume urine, dark urine, urine containing red blood cells, suprapubic pain, and back pain. Prostatitis affects men more acutely than cystitis with the same set of symptoms, though sometimes along with fever and chills. Pyelonephritis results from a complication of either of the conditions mentioned above and therefore, the patient presents symptoms of urethritis or cystitis along with flank pain, costovertebral angle tenderness, nausea and vomiting, fever, and sometimes an enlarged kidney.

The interaction between the bacterium and the host immune system determines the level of infection. Adherence followed by colonization is the basis of UTI pathogenesis. P. mirabilis UTIs occur in an ascending manner. The bacteria first contaminate the tissues surrounding the urethra, then enter the bladder through the urethra and form an initial colony. Following initial colonization, P. mirabilis ascends the ureters thanks to its swarming ability and interacts with epithelial cells of the renal pelvis, allowing for colonization of the kidney. Occasionally, the bacteria break through the renal tubular epithelial barrier and enter the bloodstream.

P. mirabilis causes 1-10% of all UTIs. More specifically, this bacterium accounts for 1-2% of all UTIs in healthy women and in the case of hospital-acquired UTIs and complicated UTIs, P. mirabilis is responsible for 5% and 20-45%, respectively. Recent studies suggest that this species causes 4% of almost 3,000 UTIs in North America.

Factors that may increase the risk for acquiring P. mirabilis UTIs include female sex, longer duration of catheterization, inadequate catheter cleaning or care, underlying illness, and lack of availability of systemic antibiotics.

P. mirabilis utilizes a variety of virulence factors that allow it to access and colonize the host urinary tract, including fimbriae and other adhesions, urease and stone formation, iron and zinc acquisition, proteases and toxins, swarming growth, biofilm formation, and regulation of pathogenesis through DNA binding proteins.

The activity of the tiny projections on the bacterium surface, termed fimbriae (or pili), mediate the attachment of the bacterium to host tissue. The tips of these fimbriae contain specific compounds and polysaccharides that permit the bacterium to attach to specific sites in the host. Successful attachment initiates a cascade of events that leads to release of compounds that promote an alkaline pH, making it a suitable environment for survival and propagation. Alkaline pH in the

Urease facilitates virulence via the production of urinary stones. This enzymatic activity results in an increase in local pH, producing an alkaline environment in the urinary tract. The alkaline environment causes the formation of crystalline biofilms and the precipitation of calcium and magnesium ions to form urinary stones. These cause tissue damage and can block urinary flow.

During swarming, the expression of several virulence genes is increased and allows the bacterium to move through ascending urinary tract. The swarming ability of P. mirabilis is especially applicable to catheterized patients, as this bacterium is able to swarm across catheters made of silicon (see Figure 1) or latex. The flagella of P. mirabilis are responsible for the bacterium’s swarming motility, which is fueled by the proton motive force (See Figure 2). Flagellin, the structural component of flagella, is sensed by the host immune system through Toll and NOD-like receptors, which elicits a pro-inflammatory response. However, P. mirabilis flagella encode two flagellins, which allows for antigenic variation. This means that the bacterium is capable of altering its surface proteins to escape recognition by the host immune response. 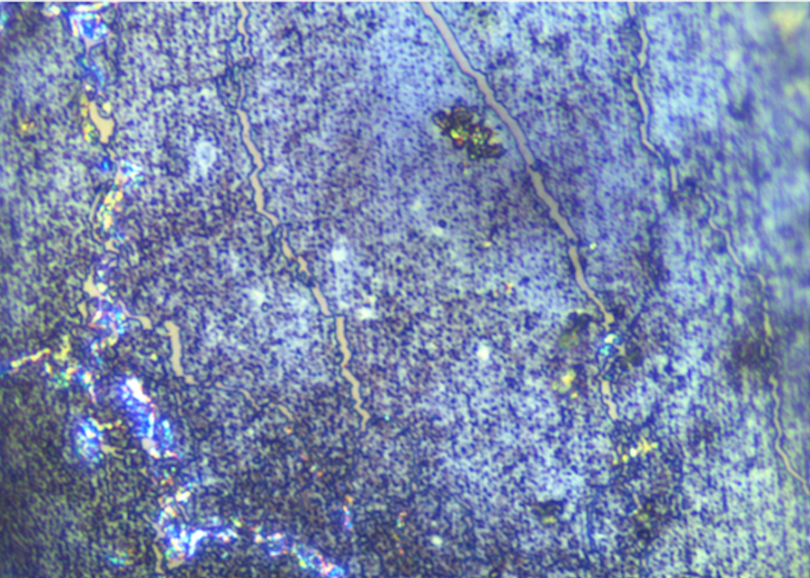 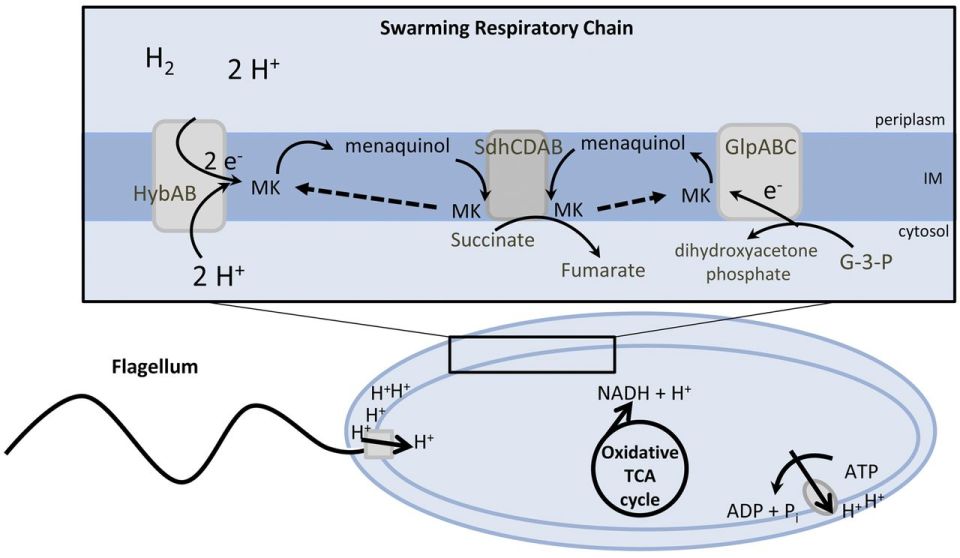 Patients diagnosed with uncomplicated P. mirabilis UTI, patients that are otherwise healthy and have no structural or neurological urinary tract abnormalities, are treated with antibiotics of either a 3-day course of trimethoprim/sulfamethoxazole (TMP/SMZ) or an oral fluoroquinolone. Acute, uncomplicated pyelonephritis may be treated with fluoroquinolone for 7-14 days or a one-time dose of ceftriaxone or gentamycin after either TMP/SMZ, an oral fluoroquinolone, or cephalosporin for 7-14 days. Antibiotic therapy is suggested for patients with more severe P. mirabilis infections.

Those suffering from a complicated P. mirabilis UTI can be treated with oral antibiotics for 10-21 days along with necessary follow-up.