Lyme disease is caused by Borrelia burgdorferi, a member of the eubacterial phylum Spirochaetes. The bacterium possesses phenotypic characteristics of the genus Borrelia, appearing spiral or wavelike in appearance, with flagella (organs of motility) between the outer and inner membranes. Lyme disease was clinically identified as an infectious disease in 1977, and is the current leader of vector-borne diseases in the United States. Borrelia burgdorferi is a tick-borne obligate parasite whose normal reservoir is a variety of small mammals, in which it does not lead to disease, whereas in humans, Lyme disease results as a consequence of the human immunopathological response. 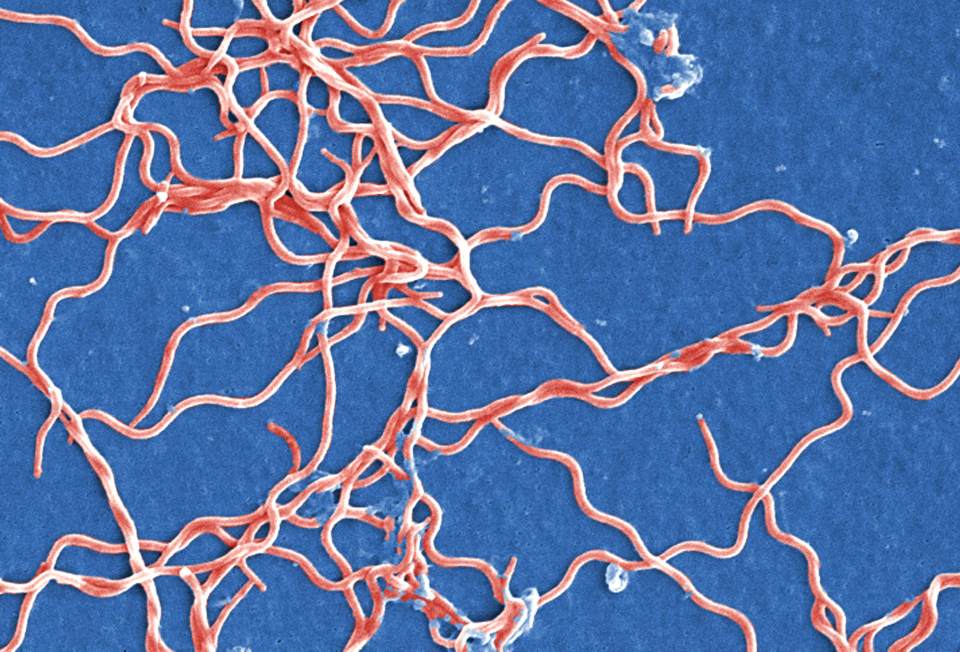 Lyme disease, caused by the spirochete Borrelia burgdorferi, is a common tick-borne infection transmitted by the bite of the tick species Ixodes scapularis, in eastern North America, and I. pacificus in western North America. Transmission to humans is mediated by the bite of an infected tick, and B.burgdoerferi will subsequently migrate through the bloodstream and many connective tissues. Manifestations of the disease are usually seen to affect the skin in the early stages, and later on may spread to the joints, nervous system, and heart. Infection rarely occurs during the first 24h of nymphal feeding but becomes increasingly likely after  attachment of the tick for 48h or longer. The most common clinical manifestation of Lyme disease is called erythema migrans, and is a result of early cutaneous infection with B. burgdorferi.

Lyme Disease is the most commonly reported vector-borne illness in the United States, and was recognized as the 5th most common nationally notifiable disease in 2014. The occurrence of the disease is concentrated in areas of the northeast and upper Midwest, and is not found nationwide. In Connecticut, one of the most highly endemic areas of the United States, incidence rates are about 0.5 cases/1000, although it can be much higher in local areas. As well, incidence has been correlated to age, and findings suggest that incidence is nearly twice as high in children ages 5-10 years old, as compared to adults.

The risk of transmission is related to the factors involved in transmission of B. burgdorferi from ticks to humans. The proportion of infected ticks can vary depending on geographic area and life cycle stage. In low endemic areas, such as the Pacific states, few ticks are infected, as the serum in one of its major hosts kills B. burgdorferi. Another influential factor is the environment in which the bacteria live. B.burgdorferi reside in the mid-gut of the tick, which needs to become engorged with blood before the bacteria are able to migrate to the salivary glands, through which transmission into the host occurs. In endemic areas, the exposure to tick-infecsted fields, yards, or woodlands increases the risk of developing Lyme disease.

The virulence properties acquired by B. burgdorferi are aimed more towards survival than they are at destruction of the host, and the ultimate virulence comes from the exploitation of the immune system ultimately leading to inflammation, the causation of Lyme disease.

Expression of the bacterial protein OspC is used to promote penetration of the salivary glands by the spirochaetes disseminating within the tick, as well as the survival of those deposited at the bite site through binding to a different protein, SALP15. This mechanism is crucial for the establishment of early infection. Furthermore, SALP15 is able to enhance the survival of the bacteria inside the host by providing protection against antibodies, which are blood proteins that are able to combine with foreign substances in the blood resulting in neutralization of the harmful agent.It also uses a system of antigenic variation, in which the bacteria alters its surface proteins in order to avoid the host immune response. One such lipoprotein that undergoes antigenic variation through recombination is the VlsE lipoprotein, resulting in significant reduction in the effectiveness of the adaptive immune system.

Borrelial surface lipoproteins, referred to as BbCRASPs, bind to complement factor H and will also contribute to evasion of the immune system by protecting the bacterium against complement-mediated killing during early infection stages. Once the bacteria has established infection inside the host, initial sensing by host cells will occur through pattern recognition receptors, such as TLRs/NLRs on dendritic cells and macrophages within the dermis. Borrelial lipoproteins will moderate the engagement of TLR1-TLR2 heterodimers, downstream leading to release of inflammatory mediators and attracting inflammatory cells to the site of infection. B. burgdorferi is a highly motile organism, enabling it to evade the slower moving phagocytes resisting capture and degradation. Although, those that become phagocytosed and degraded will contribute to the immune response, infiltrating more inflammatory reactions ultimately leading to disease. 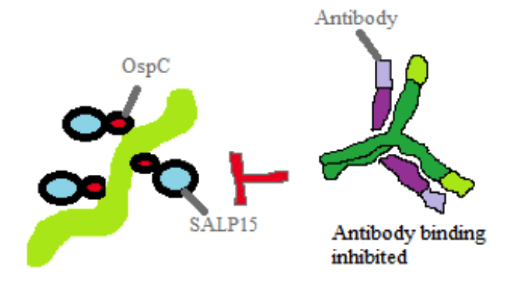 Figure 3. Protection against antibody binding and killing by SALP15 bound to OspC.

In the early stages of infection, treatment with the appropriate antibiotics can lead to rapid and complete recovery in patients. Oral treatment antibiotics may include doxycycline, amoxicillin, or cefuroxime axetil. Amoxacillin, a type of penicillin, and cefuroxime, a cephalosporin, work by limiting the growth of the cell wall matrix resulting in eventual burst due to pressure and the weakened cell wall. Doxycycline, a type of tetracycline, blocks protein production, thereby limiting growth and leading to eventual cell death.