by Wenlie Xie and Huixuan Jia

Klebsiella pneumoniae was first described by a German microbiologist and pathologist Carl Friedländer in 1882. K. pneumoniae is found in the normal flora of skin, mouth and intestines, where it does not cause disease. Under opportunistic conditions such as a weakened host immune system or an altered microbiota, K. pneumoniae enters the hosts and causes several disease including pneumoniae, bloodstream infection and wound infection (Figure 1). 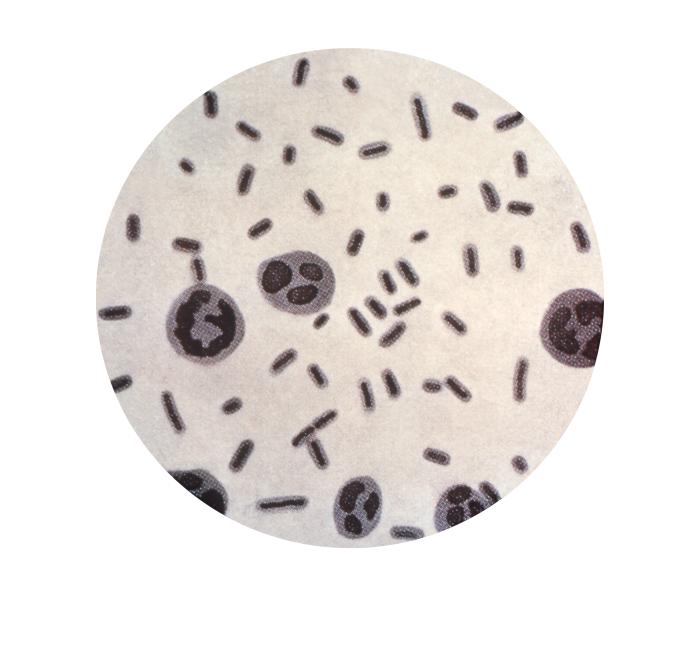 Klebsiella infections are mainly acquired nosocomially, meaning that they are mostly encountered in hospitals or healthcare setting. Hospitalized patients with compromised immune systems are more susceptible: after two weeks of hospital admission, K. pneumoniae colonization in the patient’s intestine can increase up to two- to four-fold. This is mainly due to antibiotic medications that the patients are receiving, especially broad-spectrum or multiple antibiotics. Since the normal commensal micro-organic environment is damaged, this creates a favorable niche for K. pneumoniae colonies to grow. According to the Center of Disease Control and Prevention (CDC) of the USA, healthy people need not to worry about Klebsiella infections.

Canada has only reported sporadic cases and limited outbreaks in hospitals from Ottawa and Montreal. In Europe, K. pneumoniae is reported as the second most common cause of bloodstream infections in adult population. Middle-aged and older people with debilitating diseases, such as diabetes mellitus are more susceptible to the infection. The ability of K. pneumoniae to spread rapidly also can lead to hospital outbreaks in neonatal units. The mortality rate is typically around 100% for patients with alcoholism as alcoholic patients suffer from weakened immune systems, which can increase their susceptibilities to tissue-damaging pathogens.

One noticeable outbreak was the 2011 Montreal Jewish General Hospital outbreak caused by a highly drug-resistant strain called KPC-producing K. pneumoniae. In this outbreak, 27 patients were identified to be infected and among them, 1 patient died from the infection. The outbreak shows that new antibiotic-resistant strains of K. pneumoniae are appearing. Antibiotic resistance is a huge problem because it leads to higher medical costs, prolonged hospital stays, and increased mortality rate. Feces are the most significant source of patient infection, followed by contact with contaminated medical equipment.

The most important virulence factor contributing the pathogenesis of K. pneumoniae is their ability to form a thick layer of biofilm, which consists of a large number of bacteria embedded in an extracellular matrix. Majority of the K. pneumoniae strains are biofilm-producing. The biofilm greatly enhances the bacteria’s ability to attach to abiotic environment such as medical equipments, and living organisms such as tissues. Under the healthcare setting, in order to invade human, K. pneumoniae uses pili (hair-like appendages for attachment) and capsular polysaccharides to attach on the surface of intrusive medical equipments, e.g. the catheter of a patient. This initial attachment allows the growth and colonization of the bacteria in an extracellular matrix on the surface of the catheter. At this stage, the exponentially-growed bacteria is sessile and might not be pathogenic. When the biofilm is matured and the sessile K. pneumoniae bacteria differentiates into planktonic form, K. pneumoniae sheds and free to attach to tissues or enter the bloodstream, causing infections. The biofilm-producing strains of K. pneumoniae often contributes to recurrent infections, since antibiotics only clear the infections within the body but not on the biofilm source. 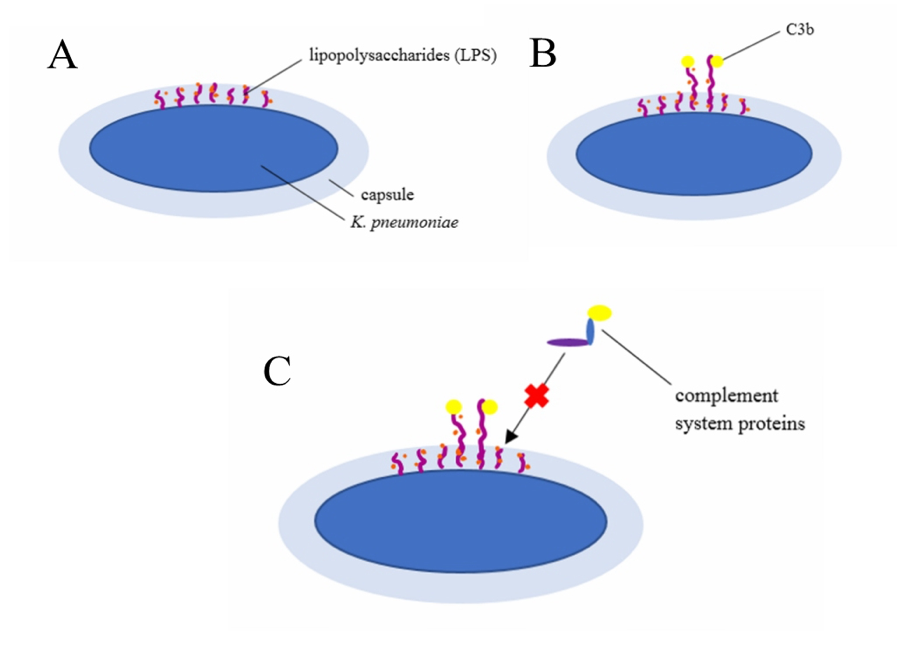 K. pneumoniae infection can be treated with antibiotics if the strain is not drug-resistant. The best choices of antibiotics are third-generation and fourth-generation cephalosporins, quinolones and carbapenems. To examine the effectiveness of antibiotics, microbiological laboratory tests can be done.  However, the use of antibiotics alone is usually not enough. Surgery removing is often needed after the patient is started on antibiotics. For patients with more severe infections, the treatment should be more prudent. The method involves 48–72 hours of multiple therapies initially,  followed by a switch to a specific monotherapy.